So why a bread maker? Why do you need a break? Maker in your kitchen, Quite honestly, it’s Very very easy to do.

Maybe it’s a little bit scary for you to like making bread at home, But with this machine you’ll be able to do it anytime. You want! You know some of these You can program it to literally get white bread.

As soon as you wake up, Okay, starting with the Hamilton Beach Super easy all of these Machines work the same way You just put in all the Ingredients in the container, in the order that it’s listed – Water, Salt, Sugar, Butter And then flour – And this is the guy – is using Bread machine yeast, I mean how easy was that, That’s it and then you just Place it in here turn it on So we’ll do the Cuisinart It’s interesting.

They are all shaped a little bit differently, All right so for the Cuisinart we got water, then it says butter. Next, Sugar, Salt, Flour, All right, Some dry milk, Then instant, yeast. Okay, so that’s that And then the Breville And notice again the shape is different: Water, Butter, Salt, Sugar, Flour, Milk powder, Active yeast, So each recipe is slightly different, All right. So all of our mixtures, Are inside the container And you just have to make sure You have it locked in place.

My mixture is in There’s three different settings. The first one is a cycle and That just means you’re choosing the setting of which bread you’re baking In this case we’re just doing the basic white

Then the crust you can do light medium and dark In this case, we’re just going to go straight medium And then the loaf size at two pounds, because this is what the White bread recipe calls for And then you just press start And that’s it literally, that’s it So the Cuisinart works very similarly We’re on setting one for the white bread, Two pound loaf And the color we’ll have it at medium.

So same idea, press start And that’s it. Okay, and last, but not Least our Breville Lock it in Basic white we’re going to Select our crust at medium, Our size at two pounds And then you press start. All of our machines are on All of these. Take around three To three and a half hours And that’s it – You just sit and wait After these are done. We’re Going to do a little taste test And since you guys are such skeptics, I brought in someone really special today to taste these with me.

The mastermind of bread, making the legendary Chef Sim Cass And we’re going to do a Blind taste test to see which machine is really Worth the price tag, It’s been three and a half hours. My bread is done Time for the big reveal, Starting with our Hamilton Beach. You do have to twist and then pull out, So I’m just going to flip it over See how nicely it. Okay. That was pretty good Bread number one From our Cuisinart.

There’s number two Number three. So I’m going to let these cool And I’m going to set up a blind taste test for a special guest, So now taste test As promised Chef, Sim Cass. How are you, I’m very well? Thank you. So what’s your feeling, About bread machines, Bread machines – I, like To think of as a gateway to actually making bread in your own home, So you’re not totally against it, I’m not totally against it.

I still think it’s a good Thing to make bread at home, however, you get there, But let’s see I’ve decided to be open-minded about this. Okay, good. Have you ever used an Instant bread machine before No, But I have readed someone use one So we’re going to do a blind taste test To see what makes the best product What are looking for when we are tasting like really good bread Number one crispy. The other thing we’re looking For is the most even crumb The hollow sound here Hollow sound.

Also, a good loaf of bread should have a lot of color to it. It means you’re getting caramelization and you’re getting more flavor Got it A is darker. You should be able to Hear an audible crack. Oh, do we hear any No crack Hollow-ish Number B, Not as much color to it? No crack Hollow-ish Final one is C. You know, that’s the darkest one there, But I would always lean Towards the darkest one There’s a tiny bit of crunchy Bit here on this corner, This is the most hollow-ish.

Oh, this is the most okay. Yes, this one here So far, we love C. I’m, leaning towards C look-wise. Let’s just taste these bad boys Yeah. Let’s do it. You choose, Let’s go through I’m going to start with A. How do you feel about that so far, Already we’re going to open it up, [Esther]? I mean that Looks pretty good to me, This looks like a pan de mie or like an enriched loaf. The bottom of the holes are very small.

Can you feel that seeing how that’s condensed? Isn’t it there [Esther], Yup yup And bigger holes See up here this more What you want right, The reason why it’s got all the holes very very close together is because it’s been used with instant yeast. So that’s the characteristic Of a bread machine, Okay, Always will be All I’m going to say is it looks To me, like we’ve, had more to rise up here and not much rise down.

There Got it so a little Bit of an unevenness We’re going to cut it, The same way on B here And that being said, does shape, really concern you right now, I’m worried about this. This is usually a sign of over proving When the top is domed.

The Gluten has held the structure When it falls. It usually Means that you’ve over proofed it a little bit too much. But let’s go for this one. Why not? Let’s have a look? Okay, And this one? I actually like this crumb a little bit better than this one, But once again, look at this About a third down is very tight And actually I can feel sort Of uneven lumpiness to it, Not necessarily bad All right, so the final one is number C.

This feels more like. I got It from the supermarket, Okay, all right, Not being derogatory Just I got it from the supermarket [Esther]. So what do you think So once again, this one Also has at the bottom there’s maybe an inch, not Well developed to the bottom, And maybe this is a Characteristic of bread, machines that be don’t really Working as well at the bottom, But this one is the most even Absolutely with its crumb, It looks really nice.

So what do you think?

I mean honest opinion? I’m actually learning something and you know I’m realizing? That bread machines they have this thing. Where they don’t knead the bread as efficiently As maybe they should do Honestly chef come to Think I remember reading the bread knead as the machines were going and the bottom, the flour Was still like stuck Now, that’s probably this bit here Anyway. This has got the most even crumb And it’s the softest all the way across this.

I actually like this crumb, But it’s the most uneven. This one has an acceptable crumb and quite a nice sort of airy thing. Okay, so let’s taste it Yeah. This will be another part of our testing. Does it slice at the classic? You know slice of bread And it does I’m going to taste the one with the crust on Right. Tell me talk to me chef. Okay, it’s acceptable. We call this an enriched Loaf in the bakery And it’s fine, It’s a sandwich, bread.

I think it’s really like weird texture And it’s kind of like Chalky in your mouth, It’s not bad, though it’s bread, Let’s go for this one. Does it slice, You’re, still skeptical right? Well, that one kind of looks Like it tastes better, though You know, I like this One better than that one. I have to have a bit of the Crust on it, it’s important, I’m not sure It tastes different. I don’t think it’s a bad flavor and I think it’s once again. 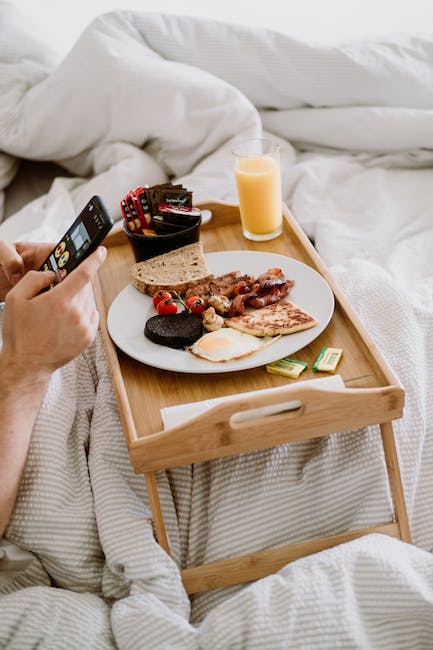 It’s just tastes. Very generic is the word [Esther], Okay, generic Okay. Here we go We’re going to go for this one. Now. Okay, C, I’m most excited about this one. You are You know. I’ve got to give An A to all the slicing, I think that’s the one thing That’s been really good: [Esther] Wow, this slices really well. If you had like a family of seven and you made everybody a sandwich to take to work with Them or school with them, anyone of these breads with some lettuce and some tomatoes and mayonnaise.

They probably Wouldn’t even know They’d be fine, they wouldn’t complain, They’d be like “thanks.”, I mean if you’re lucky they’ll, thank. Okay, here All right Ready, It’s like a cloud. Isn’t it A cloud of neutrality, Yeah Wow, it’s hard! Now It’s hard, it’s very like okay, They’re, all so different in flavor, Similar ingredients in all three of them. I think that’s got the most flavor That one there number B And I wonder if, with a little bit of maybe scraping the dough down, you could get a better loaf.

Of bread out of this one, This is number one. This one looks the best Cuts. The best has an okay flavor, The Breville for $ 250 250 buckaroonies. It is the best loaf Hey. You know what the Truth of the matter is you get what you pay? For sometimes in life – And this is the best one – A is second Hamilton Beach – 60 bucks For 60 bucks Wow This one’s totally acceptable. I don’t have a problem with this one, I’m okay with this one B is third Because people, like appearances, That’s the problem.

I think that’s important because people eat with their eyes, But if someone bought machine B and they got this product out of it, I think someone would be Like really mad right, It’s the Cuisinart for $ 100 100 bucks, That’s kind of expensive A little bit for this bread. You know I’ve got ta be honest with you, I’m definitely thrifty.

I’d probably go, I’m buying the cheap one. Okay, because I don’t think the difference is big enough to justify the 250, I would buy the $ 60 one year and then I would work with it And I’d try different Versions very slightly, I just want to point out if you just want to put The stuff into the bowl come back later and Get your loaf of bread.

This is the way to go yes justified. If you want to experiment, With a bread machine and you’ve, never Experimented before with one Then by all means, buy The least expensive one and work with it Chef. I just want to thank you, Chef, Sim Cass, the Dean of bread making From ICE Institute of Culinary Education Chef, I’m going to come visit you and really learn all the Details of bread making, Please do please do.

I would love to. Thank you very much. Thank you hug. I enjoyed this We’re going to hug it out There. It is. Thank you chef. Thank you. Today’s article was brought To you by our sponsor American, Express with the Pay It Plan It features, giving you choices for how to Make payments big or small.